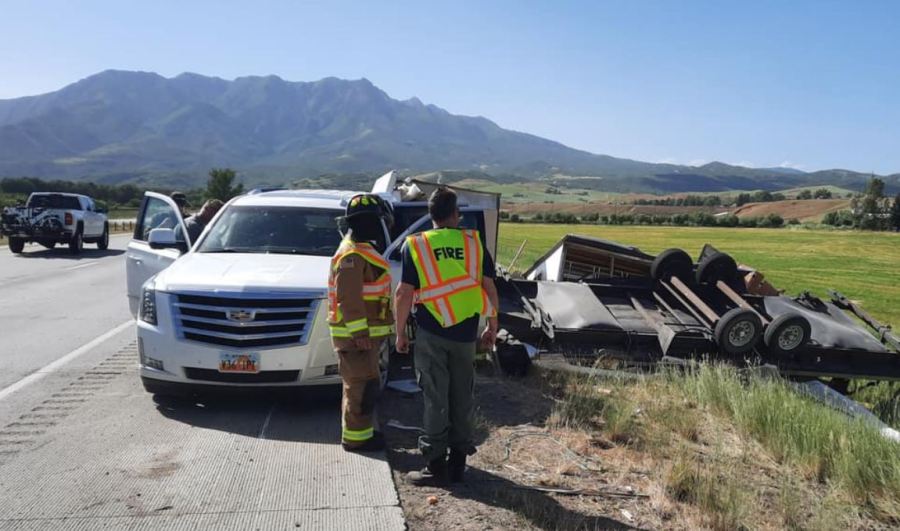 The Mountain Green Fire Security District claims the incident transpired when a sturdy gust of wind caught the trailer in its flurry, resulting in it to shake before flipping it in excess of many situations and smashing the trailer to bits.

Authorities say the SUV towing the trailer spun all-around and was just about flipped by the crash, but luckily landed upright on its wheels.

The passengers were “shaken up, but ok,” officers say. No injuries have been claimed and authorities say it was privileged no one was driving within the RV trailer at the time.

Firefighters say no other hazmat issues had been determined. Some propane tanks had sustained some scratches, but remained generally undamaged.

“A pretty superior example of why you Need to NOT journey in a travel trailer,” officers say. “Fortunately no 1 was riding back again there, and the driver and passenger in the SUV had been putting on their seatbelts.”