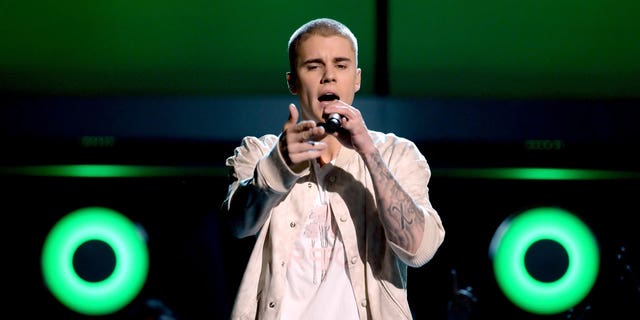 Justin Bieber is going back on tour.

Bieber, 28, will resume the “Justice” tour on July 31, a representative for the pop star confirmed to Variety.

The “Sorry” singer will appear at the Lucca Summer Festival in Italy and then will travel throughout Europe before heading to South Africa, the Middle East, Asia, Australia and New Zealand.

Justin Bieber will resume his tour on July 31.

A representative for Bieber did not respond to Fox News Digital’s immediate request for comment.

Bieber revealed his Ramsay Hunt syndrome diagnosis June 10 via Instagram after canceling multiple concerts. The “Peaches” singer uploaded a video showing one side of his face was paralyzed.

Ramsay Hunt syndrome “occurs when a shingles outbreak affects the facial nerve near one of your ears,” according to the Mayo Clinic.

The virus can cause facial paralysis and hearing loss.

“He is getting better every single day. He’s feeling a lot better, and obviously it was just a very scary and random situation to happen, but he’s going to be totally OK. I’m just grateful that he’s fine.”

Lauryn Overhultz is an entertainment writer for Fox News Digital.