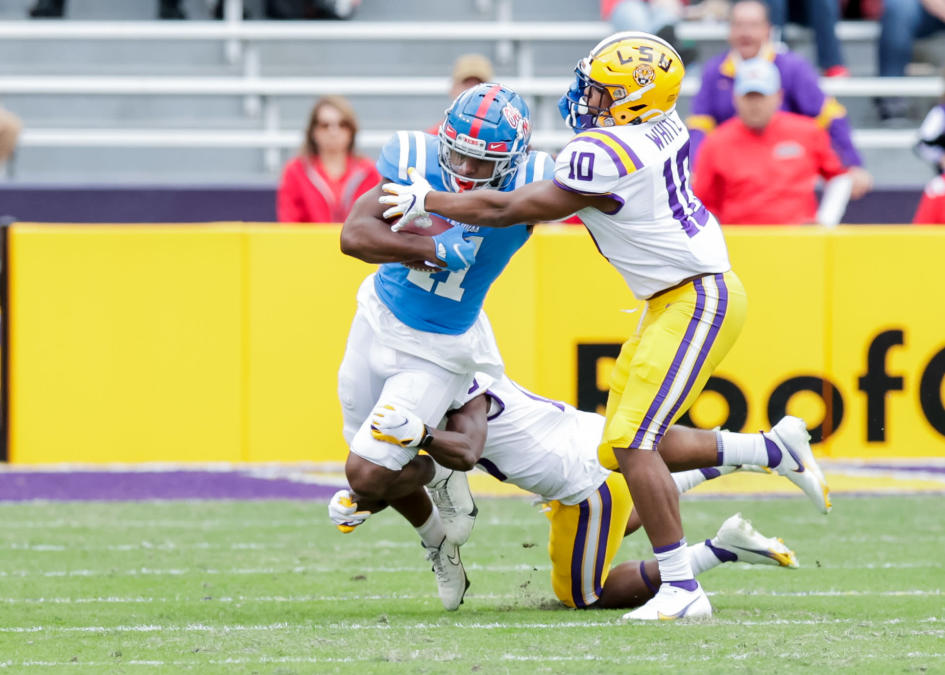 White entered the transfer portal on March 28, and he announced via his Twitter account on Monday night that he will be heading to Baylor to join coach Dave Aranda for the 2022 season.

White was a four-star prospect in the 2020 recruiting class, and during his recruitment, the Houston native considered the in-state Bears under then-coach Matt Rhule, but he ultimately committed to the Tigers.

Now, he’ll reunite with Aranda, who initially recruited White to Baton Rouge when he served as the Tigers’ defensive coordinator before taking the helm in Waco. He will have four remaining years of eligibility.

According to The Athletic’s Max Olson, he had a number of other offers from Power Five teams.

White was the nation’s No. 142 prospect and No. 9 inside linebacker coming out of high school, and he’ll hope to make a bigger impact in the Big 12. As a true freshman with the Tigers in 2020, he appeared in 10 games and totaled six tackles (two solo). He didn’t see the field during his sophomore season in 2021.

With White’s departure, the Tigers will likely look to returning players like Mike Jones Jr., Greg Penn III and Micah Baskerville, as well as five-star true freshman Harold Perkins, who coach Brian Kelly flipped from Texas A&M in the 2022 cycle.

Ranking Brian Kelly’s most important additions in the transfer portal