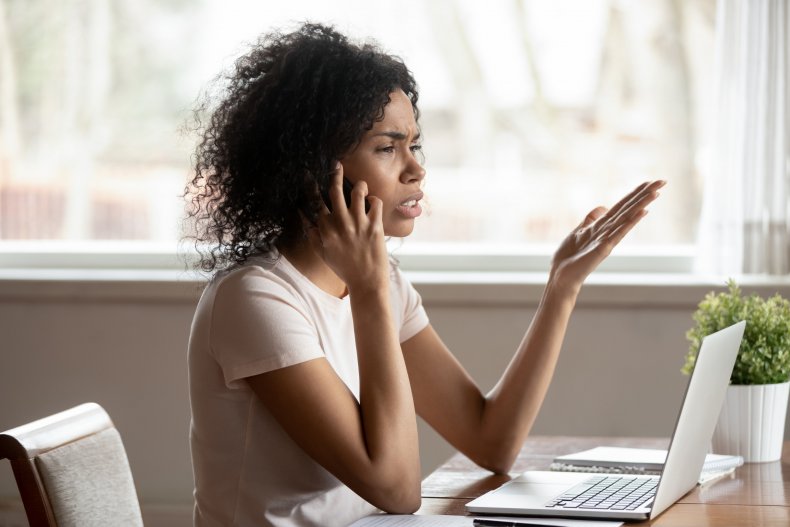 Members of a popular internet forum were quick to defend one couple that agreed to bring their nephew and niece to Disney World, but not their parents.

In a viral Reddit post published on r/AmITheA**hole, Redditor u/teerowaway007 (otherwise referred to as the original poster, or OP) said they were more than happy to give their brother and sister-in-law a break from parenting but revealed how a miscommunication left the entire family seething.

Titled, “[Am I the a**hole] for telling my [sister-in-law] I’ll take her kids to Disney World but not her?” the post has received nearly 7,000 upvotes and 700 comments in the last day.

Writing that they are married, financially well off and childless, the original poster said they have five nieces and nephews and always make an effort to help whenever they can.

“I make special trips for birthdays, help their parents with cleaning, yard work, and cooking,” OP wrote. “My philosophy is [that] it takes a village and I can be a part of that village.”

Noting that it has been an especially difficult year for their brother and sister-in-law, the original poster said that in order to give the exhausted parents a break, they offered to bring both of their children on vacation.

“It’s been a hard year [for] them and my [sister-in-law] was talking about how badly they needed a break,” OP wrote. “I had planned a trip for Disney World over fall break so I talked it over with my husband and offered to take their two kids with us as well.”

“My [sister-in-law] got excited and said she would text my brother to get the time off work [as soon as possible],” OP continued. “I was confused and clarified I just meant [we’d] take the kids with us so they had a bit of a break.

“[She] ended up getting mad and asking ‘What about us? You’re just gonna leave us at home to do nothing while you guys have fun?'” OP added, along with the fact that she banned her kids from going if she and her husband aren’t also invited.

While rising inflation rates and record gas prices slashed summer travel plans for many families, others remained determined to get back to where they left off before the pandemic started.

Disney World, already a premiere destination for families across the country, is reaping the benefits.

Following an Inside The Magic report revealing a 67.2 percent drop in attendance in 2020, and a subsequent upswing a year later, 2022 has brought overwhelming crowds, long lines and shoulder to shoulder foot traffic, despite increasing costs.

Earlier this month, travel website Urban Tastebud published a number of hypothetical trips to Disney World, along with their immense cost.

For a “cheap” summer trip to Disney, including park tickets, lodging, food and airfare, a family of four can expect to pay $3,752 and in the offseason, that same trip would cost just $49 less.

For an “expensive” summer trip, including all of the same perks and accommodations, a family of four can expect to pay $6,766 and in the offseason, Urban Tastebud reports that same trip would cost $5,722.

Although the original poster assured that they are “well off” and can afford to bring their niece and nephew to Disney World, Redditors responding to the viral post used the trip’s high cost as justification for not bringing two extra adults and called out OP’s sister-in-law for expecting a free vacation.

“[Not the a**hole],” Redditor u/JeepNaked wrote in the post’s top comment, which has received nearly 13,000 votes. “People are so weird about spending other people’s money.”

Redditor u/rosiemewmew, whose comment has received more than 3,500 votes, echoed that sentiment.

“If anything, [sister-in-law] is the [a**hole],” they wrote. “She should be grateful her kids will get to enjoy a fun trip that they couldn’t afford.

“The fact [that] she’s not letting them go with you shows she’s immature and ungrateful,” they continued. “S**tty the kids will not get to go. But also keep in mind it’s not your responsibility to pay for their trip.”

“She’s using the kids as leverage,” Redditor u/a_squid_beast chimed in, receiving more than 1,000 votes. “Hoping to manipulate OP into feeling bad enough for the kids that she gives in to her demands.”

In a separate comment, which has received nearly 1,500 votes, Redditor u/Johnny-Fakehnameh reminded the original poster that, in the beginning, this was about giving their brother and sister-in-law a reprieve from parenting—not a vacation.

“Her inability to understand and appreciate the gift you are giving them (a break from the kids) in no way makes you an a**hole,” they wrote.

“You offered to give them a break by taking their kids on a fun vacation. Paying for 2 kids is quite different than paying for 2 kids plus 2 adults,” Redditor u/Zauberspruch added, receiving more than 1,300 votes. “You made a nice offer and your [sister-in-law] got entitled.”